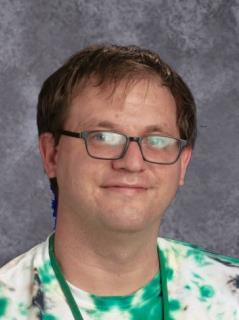 Mr. Whitby is a special education teacher here at Ida B.Wells. He grew up in Salem and went to Portland State for his degree in psychology, and went to graduate school for teaching. After he spent two weeks as a counselor at a camp for people with mental disabilities, he realized he wanted to help and teach these kids. “I remember being in high school and walking by classrooms like this and seeing kids recycling,” said Whitby.  “I didn't think much of it, but after interacting with the kids day in and day out, it was really truly perspective changing.” Whitby started teaching at IBW during the lockdown. When he’s not teaching, he loves to play Dungeons and Dragons, (especially the Pathfinder edition). During the winter, he loves to hit the slopes at Mt. Hood Meadows with his snowboard. Whitby also leads the Dragon Boat team here at IBW. He and his class always sit in the cafeteria during lunch if anyone wants to stop by and sit with them.