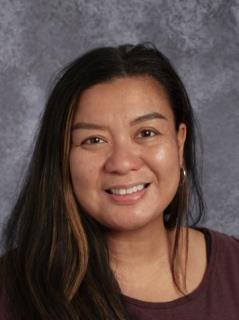 Angelina Newman is a Paraprofessional at Ida B. Wells High School. She has only worked at IBW for around a year, but has been working in education for the past ten years. Newman grew up in San Diego and moved to San Francisco and later LA to work in motion pictures. She attended Grossmont College, San Francisco State, Santa Monica, College of Marin and Sonoma State for various stages of her education.  After spending some time working on motion pictures, Newman decided to go into education instead. She wanted to have a job where she could feel purposeful and make a difference in people's lives. “I love that I get to make an impact…I wanted a job where I was helping others on a daily basis and I get to do that now,”said Newman. She enjoys photography, playing tennis with her husband, playing with her bulldog, Moses, spending time with friends and traveling.