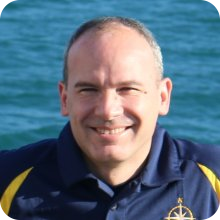 Alfonso Garcia Arriola, EdD is a middle school science educator at ACCESS Academy in Portland, OR. Dr. Garcia Arriola completed his doctorate in educational leadership with an emphasis in curriculum and instruction at Portland State University. He also holds a Bachelor of Science degree from Gonzaga University. His research interests include the professional development of science teachers and how to develop closer partnerships between scientists and educators. Dr. Garcia Arriola was a 2017 Science Communications Fellow for Ocean Exploration Trust - E/V Nautilus and a 2013 Siemens STEM Academy Fellow and has participated in numerous professional development events through organizations such as the U.S. Naval Academy, the American Meteorological Society, the Library of Congress, the Food and Drug Administration, the Boeing Space Academy, MIT Science and Engineering Program for Teachers, and the OHSU Teacher Institute for the Experience of Science. Dr. Garcia Arriola has led his students to great success in science fair and science bowl and was recently awarded the Mary Omberg Award for Excellence in Mentoring Student Research at the Intel Northwest Science Expo in 2015. He also recently received the Robert E. Yager Excellence in Teaching Award by the National Science Teachers Association. He has taught middle school science in the Portland metro area for 20 years.