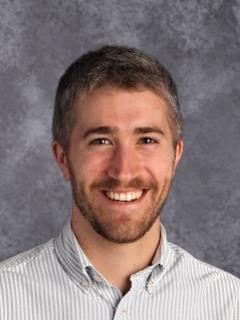 Scott Montanaro has been a staff member at Ida B. Wells for seven years, starting in 2016. Scott Montanaro grew up in Southeast Portland and went to Central Catholic High School while he played soccer and cross country.  He received his undergraduate degree from the University of Portland, studying Spanish and history. He then decided to take a bit of time off and moved to Mexico for a year where he taught ESL to a variety of different age groups, ranging from elementary school students to adults. He then decided he wanted to pursue a career as a high school teacher, so he came back to the states and received his master’s in teaching from Columbia University. Montanaro has primarily taught social studies classes, which is something he really enjoys.  But he has also taught government, economics, AP Psychology, as well as other electives. Outside of teaching, Montanaro enjoys hiking, biking, camping and playing golf with his two brothers. He also loves to go out and eat at his favorite taco places and spend time with his wife and two kids. Montanaro’s piece of advice to students would be, “Don’t take yourself too seriously.”