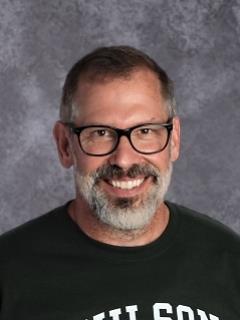 Keith Early is a speech pathologist and teacher who has been working for a grand total of 24 years. He has been at Ida B. Wells for five years. Early has lived in Oregon most of his life and spent a couple of years in Japan, Uzbekistan, and Washington. For his English degree and undergraduate communication degree, he attended the University of Oregon. Early also attended Western Washington University for his masters degree and Portland State University for his English master's degree. In his free time he enjoys reading, hiking, and traveling.  Early also used to kickbox. He also likes spending time with his wife, daughter, and two dogs. If he was not a teacher he would have become a cognitive psychologist. He is very light hearted and has joyful energy.