The Cost of English Only Education

The Atlantic - The Cost of English Only Education

In 1998, Ron Unz, a Silicon Valley millionaire and former gubernatorial candidate, set out to abolish bilingual education in California. Fueled by an anti-immigrant climate, Unz spearheaded a statewide campaign for Proposition 227, a highly controversial state initiative that required schools to teach language-minority students almost entirely in English. The ballot measure passed with 61 percent of the vote and made California the first state to prohibit bilingual programs in schools, radically altering the education of hundreds of thousands of children. Now almost 17 years later, while the political tensions remain, a reversal is underway, powered largely by findings that bilingual instruction is what’s best for English language learners.

Nationally, bilingual education has been rechristened “dual-language programs” and is gaining fresh appeal. The templates of dual-language instruction vary—some programs transition students into English-only after several years while others emphasize ongoing two-language immersion at different ratios—but the common strand is an attempt to build literacy and proficiency in more than one language. The approach is found to outperform traditional ESL, where lessons are typically taught entirely in English. Research shows two-language instruction is linked to numerous positive and long-term benefits, including stronger literacy skills, narrowing of achievement gaps, and higher graduation rates. And the academic advantages of two-language programs even carry over to an unexpected group: children who only speak English at home. A Michigan State University study of Texas elementary students in 2013 found “a substantial spillover effect”—higher math and reading scores—for children from English-only homes who were enrolled in schools with bilingual education programs.

MORE ON LANGUAGE IN EDUCATION 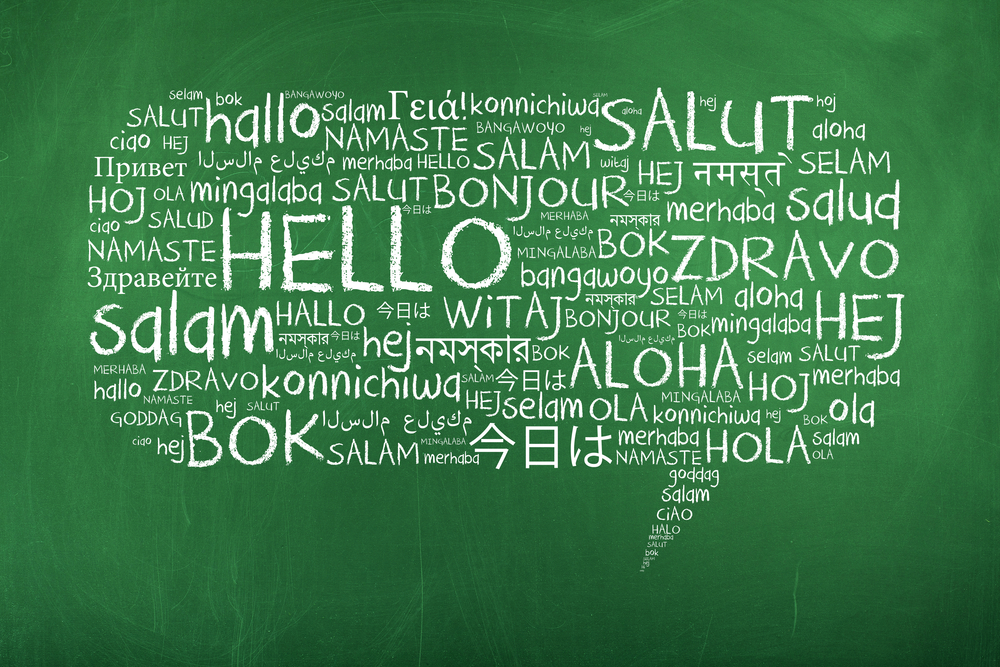 Today, more California students are learning the three Rs in their native languages, aided by a provision that allows public schools to bypass Proposition 227 if parents sign a waiver. According to the state Department of Education, some 50,000 California children are receiving dual instruction in English and another language, including Armenian, German, Mandarin, French, and Korean. This is a small but growing segment of California’s 1.4 million English learners. The National Association for Bilingual Education estimated in 2011 there were 2,000 dual-language programs in U.S. schools, a tenfold increase over the prior decade.

Beyond the politics are parents seeking a quality education for their children and the real-life costs of English-only education. The goals of dual-language are closely related and intertwined—better teaching models for non-English speakers, fostering cross-cultural understanding, and in special settings reclaiming disappearing Native American languages—and the approach is earning praise.

With this growing momentum, schools like Camino Nuevo Charter Academy in Los Angeles are embracing the cultural and cognitive value of dual-language courses. As a charter school, Camino Nuevo is exempt from California’s requirement for exclusive English education, allowing it to offer dual-language instruction in Spanish and English from kindergarten through fifth grade. The curriculum, which emphasizes culturally relevant literature, is showing signs of success. Rachel Hazlehurst, the academy’s literacy and language specialist, sees an obvious link between celebrating children’s ethnic roots and school performance.

“Students need to see themselves in the school in order to excel academically,” she says. “If there’s a disconnect between students’ home identities … and what’s promoted by the school, students are more likely to disconnect, disinvest, and experience educational failure.” The situation is worsened, Hazlehurst stresses, when the first language isn’t taught, hindering a child’s ability to communicate. “[When] children lose their home language skills, we as educators have a serious problem … fractured communities are created when families can no longer [talk] on a deep level about issues that matter.”

While underscoring the importance of bilingual programs, Hazlehurst also acknowledges a perennial challenge: the shortage of qualified bilingual teachers. Teachers certified to lead a bilingual classroom are scarce and those with experience teaching in a bilingual program are rarer. With bilingualism’s rising popularity and myriad gains—from stronger critical thinking skills to higher lifetime earnings—many school districts around the country are finding it hard to keep pace with rising demand.

New America, a nonpartisan think tank in Washington, D.C., looked at communities that are revamping how they serve language learners and found that even well-designed, well-resourced efforts can suffer from hiring woes. In San Antonio, Texas, one of the cities profiled, planning and executing a dual-language effort is complicated by the supply of available teachers, with the analysis concluding, “Districts seeking to shift to a dual immersion model need to begin with a human capital strategy.”

These challenges take on a special twist with Native American language-immersion programs, which blend the language, culture, and traditions of indigenous peoples in dual instruction. Decades of research show documented results for indigenous-language immersion—including significant gains in achievement, family involvement, and community pride—for a population of students with dismal education outcomes. America’s assimilation policy of educating Native American children which was enforced through oppressive boarding schools that stripped them of their tribal languages, cultures, and beliefs means many Native languages are now lost or endangered. Last month, the White House Initiative on American Indian and Alaska Native Education published a report calling on states and communities to “help ensure the preservation and revitalization of Native languages,” emphasizing the “healing for students [that] can begin to address a history of exclusion that began with mission and boarding schools and continues today.” A Native American youth’s excerpt is profound:

Teresa L. McCarty, a professor of education and anthropology at UCLA and prominent scholar on Indigenous language planning and policy, says the centuries-long history of punishment in government schools for speaking tribal languages continues to pose fundamental challenges, such as the lack of Native-speaking teachers for Native-language immersion. “Often the teachers in these programs are second-language learners themselves, so not only does a novice teacher need to learn a unique pedagogy and curriculum, she also must master the language to a high level such that she can teach math, science, social studies, language arts [and other subjects] through the Indigenous language,” McCarty explained. “If you have ever seen English taught in Navajo, or Japanese taught in Hawaiian, you gain a profound appreciation for the level of knowledge and skill possessed by these teachers.”

Additionally, Native teachers must scramble for appropriate learning tools: “There is nothing … in the way of books and other teaching materials comparable to what is available for mainstream English programs, or even Spanish-English bilingual education programs. This means that teachers spend a lot of time adapting and creating their own materials, including language and content-area assessments. All of this takes an enormous commitment of time (as in many years), dedication to program goals, and human and material resources,” McCarty said.

Federal legislation now working its way through Congress would provide $5 million in grants annually for five years to tribes, tribal organizations, public schools, and other entities to establish Native-language immersion classes from preschool through college—a much-needed infusion of funds to educate Native learners. “Cultural knowledge and pride are important in all children’s cognitive and social development,” McCarty said, adding that self-esteem and self-efficacy are “key factors long known to support academic engagement and success in school and life.”

This fact helps explain why some of the strongest proponents of dual-language programs are youth themselves, whether current or former students who grasp the urgent need to reclaim their identity, culture, and history as part of their education.

“We Native people are not trying to go back to ‘old ways,’” the musician Tonya Hill Yapavi, a native of Yuma, Arizona, and member of the O'dam Nation, recently tweeted. “We went backwards when we assimilated. We are trying to go forward in our ways again.”

This article is part of our Next America: Higher Education project, which is supported by grants from the Bill & Melinda Gates Foundation and Lumina Foundation.
Melinda D. Anderson